The catchword digitalization is on everyone’s lips, and that is also true for the transport business. But what do we actually mean when we talk about digitalization? This term has many facets and often raises questions – reason enough to look into the subject in greater depth. What does digitalization mean for Swissterminal AG?

When we talk about digitalization, we mean a standard process that involves an IT solution. But that alone is not really enough, for in fact digitalization forms the basis for digital transformation. This social process of change affects us all, and especially us as a company since it changes the entire corporate culture.

For Swissterminal AG, digitalization means, in concrete terms, that we can simplify procedures, reduce costs and also open up new fields of business through intelligent use of data flows. It is for this reason that we are working on various projects involving Logistic 4.0.

However, digital processes are only part of the whole picture. The human factor plays an equally important role, since digitalization also means the generation of new job specifications and professional profiles. This requires effective management of the change process and responsible handling on the part of the company.

How are we dealing with this theme?

Digitalization offers great opportunities and a host of new business models which open up new possibilities for optimizing processes and creating new products. Structured control and planning of goods and information flows lead to huge advantages for the logistics chain since they improve the level of performance. Where services already exist, appropriate data flows can be incorporated to form a new product. This means that logistics can evolve from being a cost factor to becoming a value-added element.

An example: in November last year, we were the first inland terminal in Europe to introduce a slot-booking system, which led to considerable optimization not only of our own operating schedules but also those of the transport companies. In the past, when a truck needed to collect a container the process used to take an average of two hours. Now the company books a time window and we can as a rule guarantee throughput of 20 minutes maximum. That is a saving of over 80%!

But we are also continuing to work on cooperating even more closely with the forwarding sector. More potential is offered where processes can be standardized. As an illustration: in the optimization process it is important to know who wants to deliver or collect which container and when. This avoids for example unnecessary shifting of containers, which costs money for us as the terminal operator and for the forwarding company – and as a result for the end customer as well. Standardization leads to increased efficiency. In this connection it is important on the political level to give the market players a free hand in creating new solutions.

What does it mean for our future?

As with all opportunities for increasing efficiency, digitalization also involves new hazards. There are new interrelations and new risks. An example is the power supply. Terminals need electricity to function. That means that the terminal stops working if the current is cut off. If it is a central terminal, an interruption in the power supply can affect supply chains in the whole of Switzerland. Here the key words are above all risk management and decentralization of the terminal infrastructure. Political discussion today should take these aspects into consideration as a priority.

Another central aspect with regard to digitalization is of course our employees. Some may well be asking what role they will play in the future. That is understandable, since other professions will be in demand in future as a result of the digitalization process. New job specifications will be needed, which can under some circumstances be alarming. So it is important to offer employees suitable opportunities for further training and qualifications in good time. The social aspect involved in the digital shift is certainly a corporate duty, but here we feel we are in a good position especially as a small/medium-sized company.

Taking advantage of the opportunities

Economically, Switzerland is in a strong position, and we have the lowest unemployment rate in the whole of Europe. In order to keep up this level of employment in future, it is vitally important not to be afraid of new business models. Instead we should concentrate on the opportunities offered. Rethinking and openness are required – and by all parties involved. For us it is important that we call on people to let go of their customary ways of thinking and go for something new.

We at Swissterminal AG would like to emphasize that we take our responsibilities to our staff very seriously. We make sure that additional qualifications and further training courses are available and give support to our people during the transition period. This is important to ensure that we all profit from digitalization.

Roman Meyer, President and Delegate of the Board of Swissterminal AG, took part in a panel discussion in this connection at the “Economics Day” event held by the Baselland Chamber of Economic Affairs. 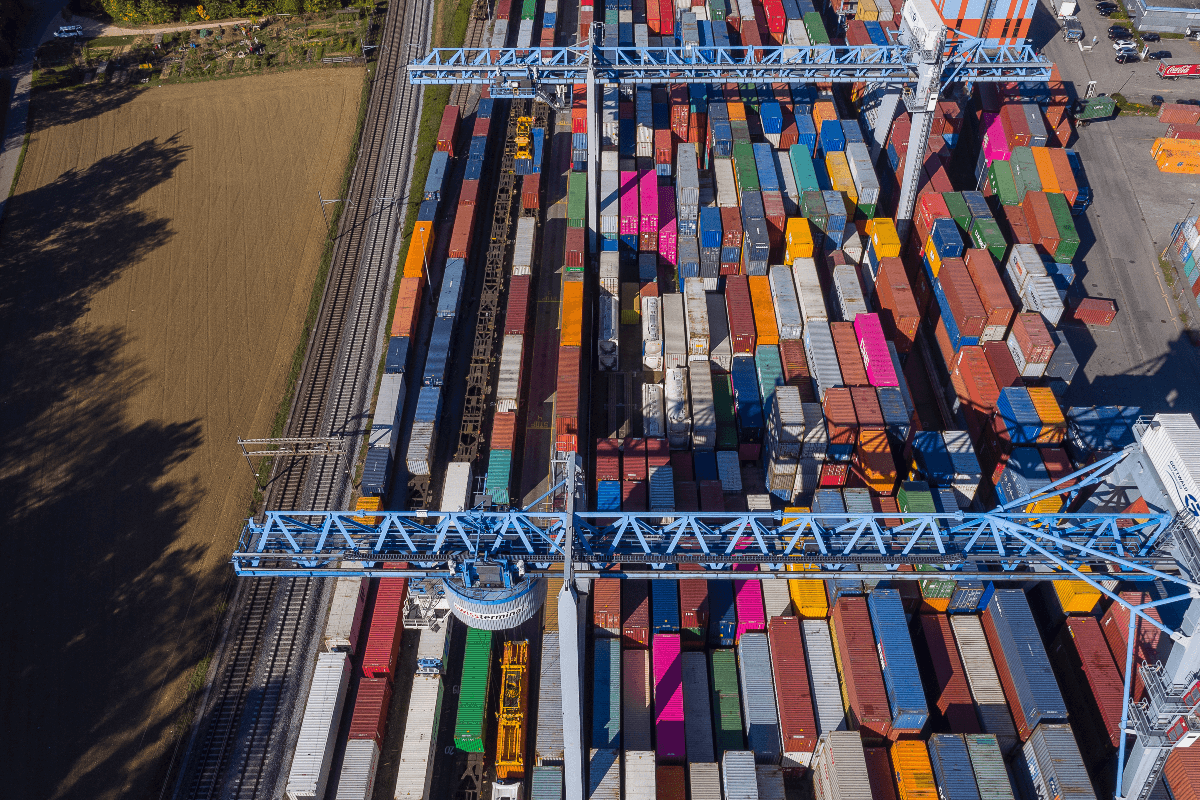 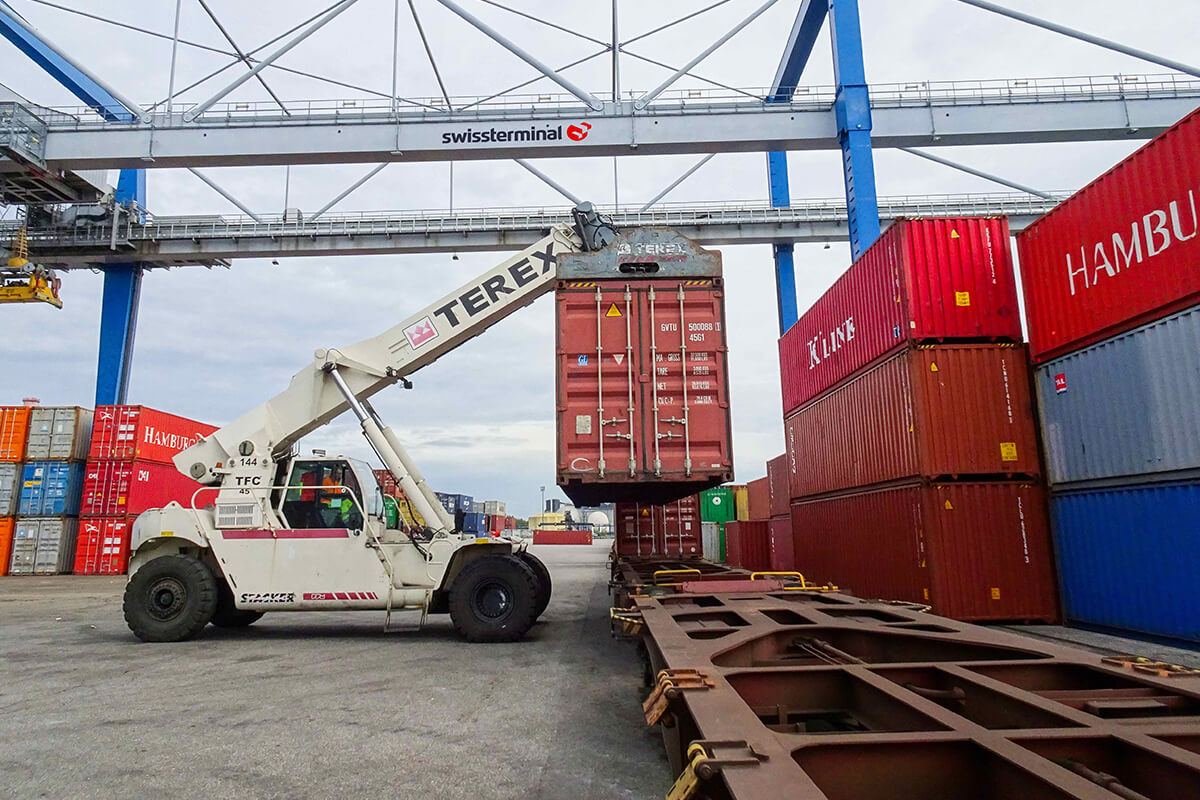 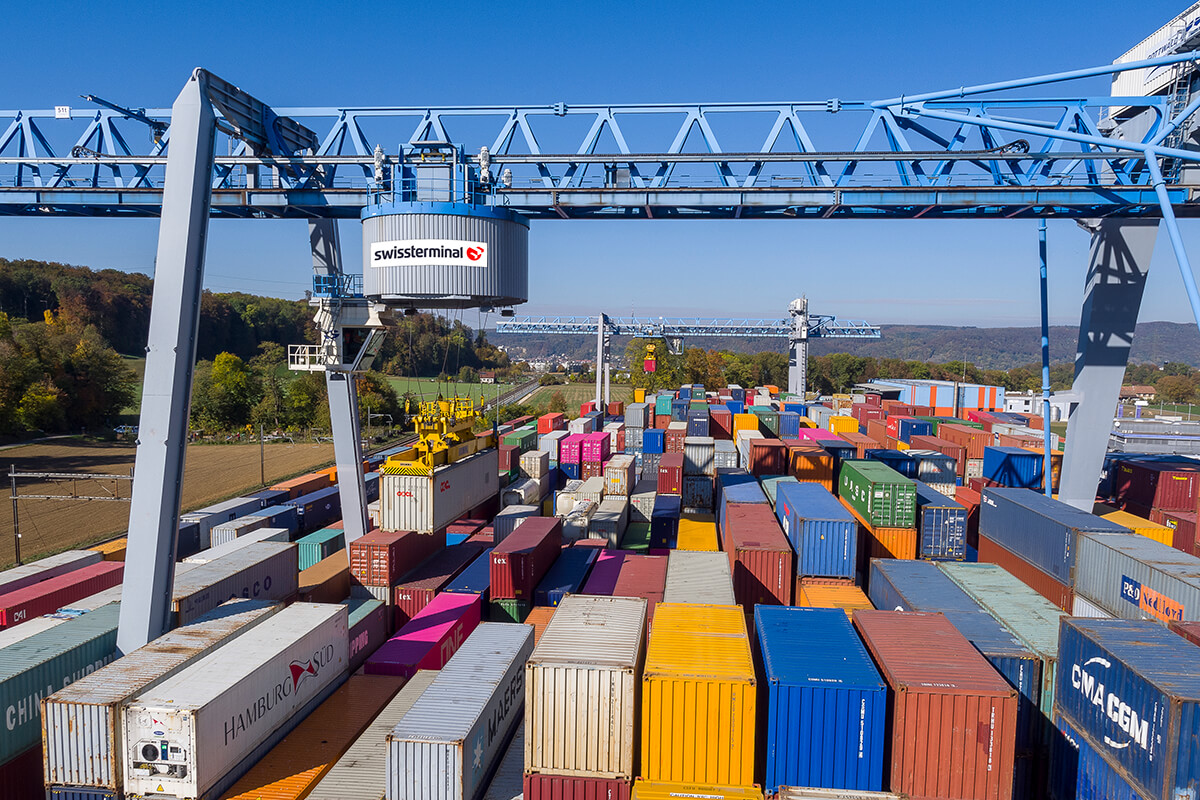 The supply chain consists of manifold intertwined links – and the closer the connections, the better and smoother the process. A good cooperation between all parties involved is particularly imp [...]
Show All
Posted in General | Keywords Container, Digitalisation, Innovation, Logistics 4.0, Slot Booking, Swissterminal