Container conquers Europe – Swissterminal right in the middle of it all

On 3 May 1966, the first container ship from overseas unloaded a container for the first time in the port of Rotterdam. At the time Alex Mayer († 2015), founder of Swissterminal, was working at the port in Rotterdam and immediately recognised the potential of the container. After a few years in Rotterdam, Alex Mayer returned to Switzerland and started an empty depot in the port of Basel with a single container and a caravan as an office. He is therefore considered one of the container pioneers, not only in Switzerland but in the entire European hinterland. 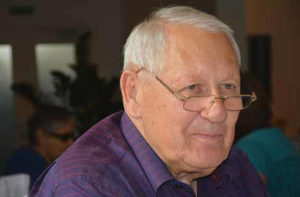 The founder of the family business Swissterminal,today run by the second generation,discovered early on that there is a need forempty container depots in the hinterland.In the early years of the container the emptycontainers were always sent back to the seaports.In 1972 Alex Mayer started to store theempty containers at the port until a clientneeded the container for export from Switzerland.This saved the shipping companies highreturn-related costs and became the successfulbusiness model which it still is today.

Magic crate takes the world by storm
Before the invention of the container, goodsarrived in the major ports in bags, small balesand crates. The goods were offloaded individually,making for some of the heaviest manuallabour. Transport by container led to a massiveincrease in efficiency, not in faster handlingbut also with regard to storage, thanks to stacking. For many the benefits of the containerwere apparent: entire warehouses were demolished,since the container itself served as awarehouse; container bridges were built andspace was created for depots. The developmentof container transport was unstoppable.

Container sets global standard
After merely a few years, the internationaltransport and logistics community agreed onstandardising the container dimensions at 8feet high, 8 feet wide and 20 feet long. The resultwas that ships, terminal areas, cranes andspreaders were designed and built throughoutthe world according to these specifications.Each container was labelled with a code, makingit uniquely identifiable worldwide. This standardis still upheld and is regarded as the maindriver of the globalisation of the past 50 years.

Containerisation is complete
Over time, more and more goods were containerised,so that the process of containerisationis now for the most part complete.This means that all goods that can theoreticallybe transported in containers are also inreality transported in containers. Switzerlandimports mainly consumer goods for the retailtrade in containers. These include raspberriesfrom South America and tuna from Asia, butalso blood products and organic wheat fromabroad. Swiss companies export, among other,things ice cream, coffee capsules and variouspharmaceutical products to the rest of theworld.

Invention of the container

Malcom McLean, an American freight forwarder, is considered to be theinventor of the container. It is said that he already had the idea of beingable to transport goods more efficiently as early as the 1930s. He copiedthe concepts of stackability and thus the idea of a container from a cigarettedispenser: the containers in the ship should lie like the cigarettespacks in the machine. 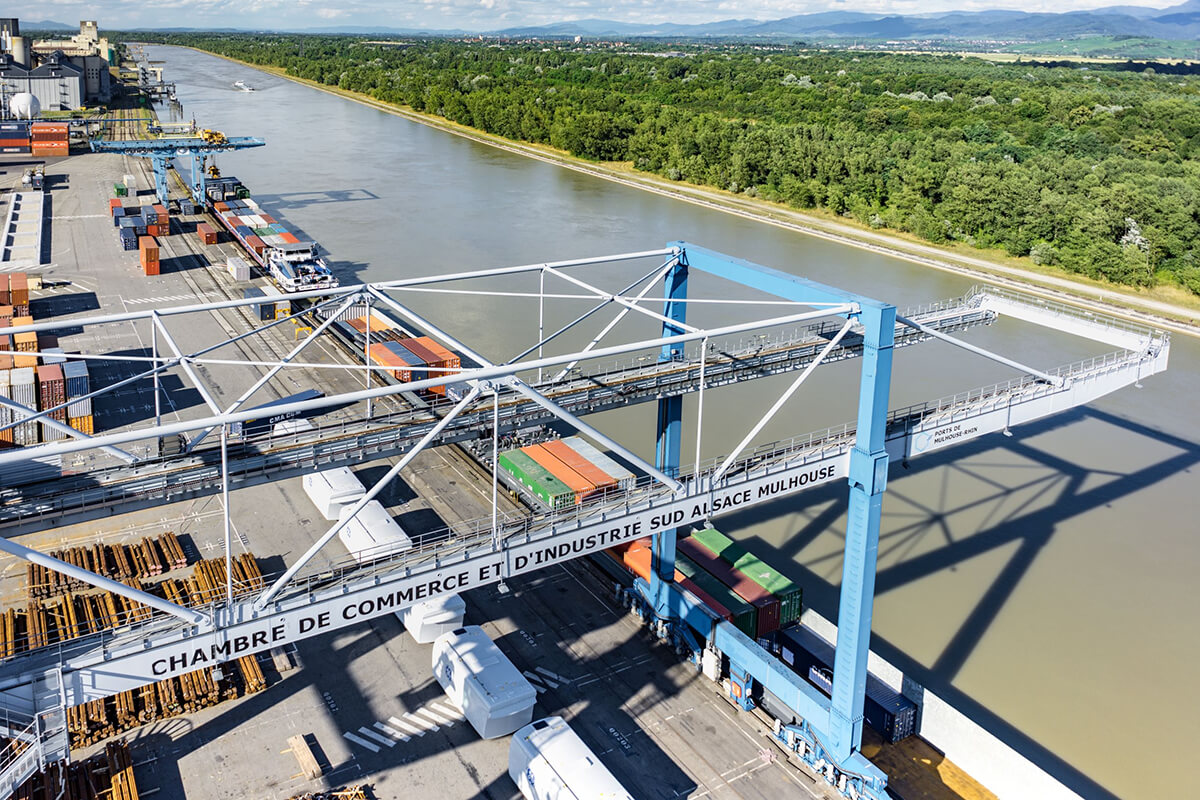 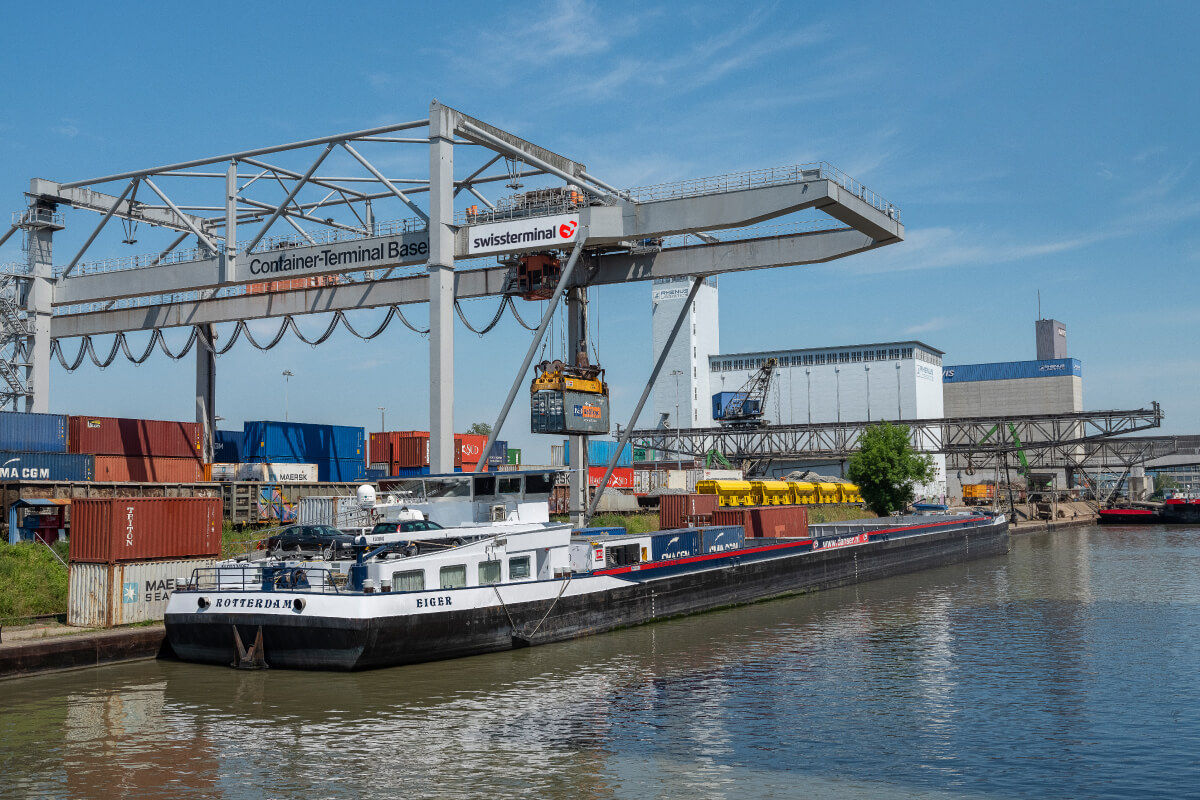 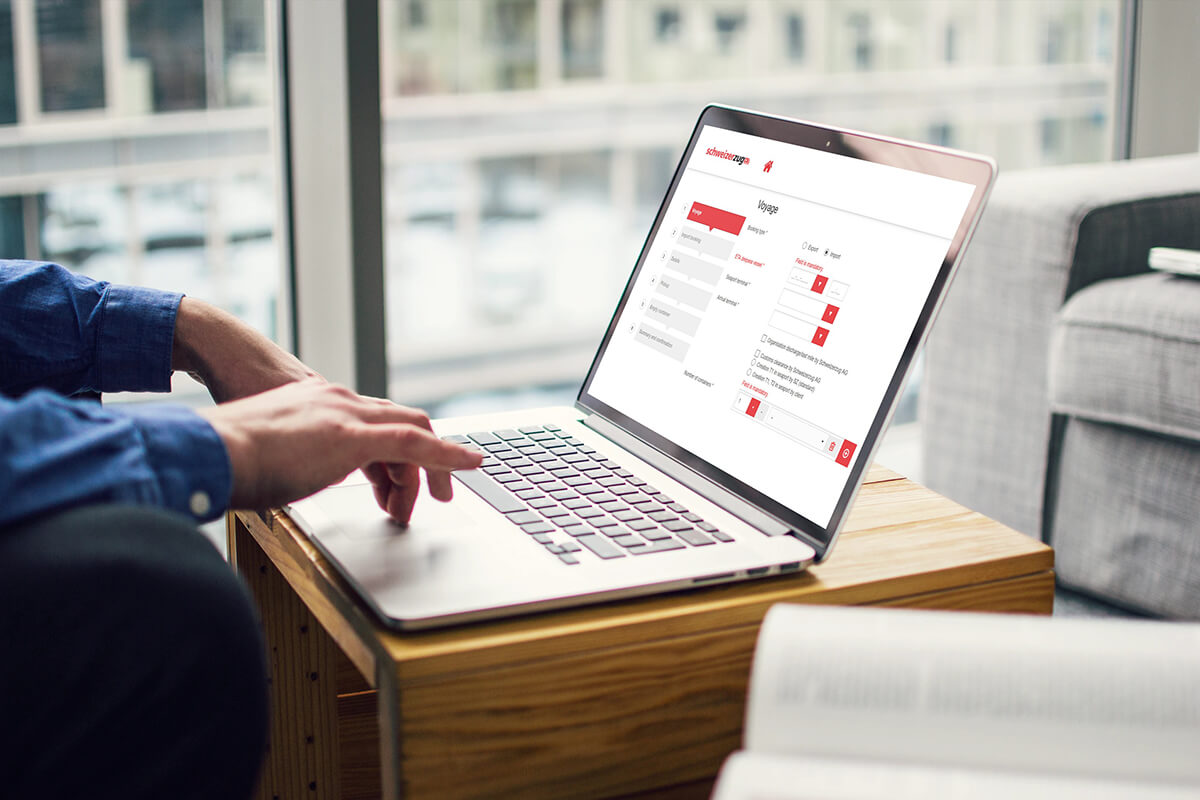 Swissterminal gets the Frenkendorf terminal in shipshape The terminal in Frenkendorf is of national importance: it is Switzerland‘s optimal rail link tothe ports in the north and the south as we [...]
Show All
Posted in News | Keywords Container, Containerisation, Swissterminal